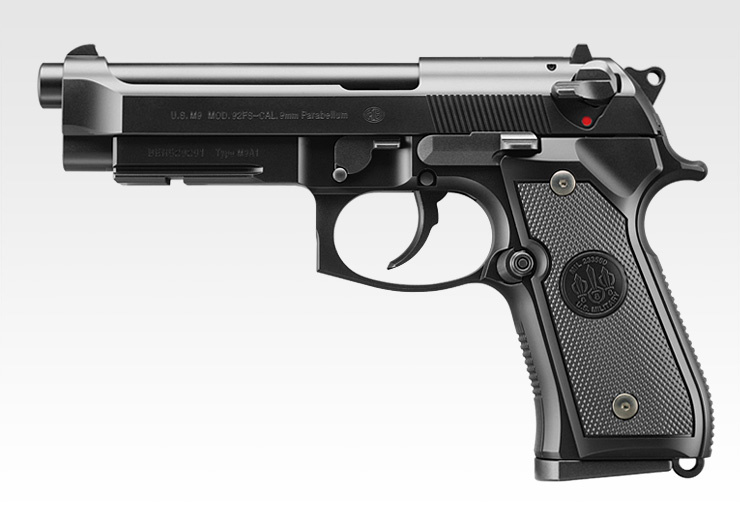 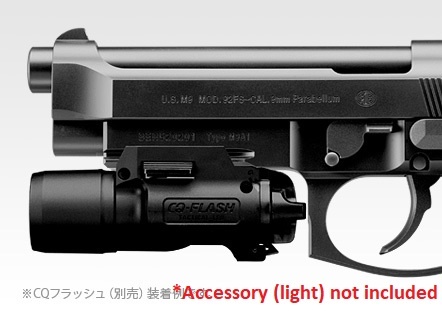 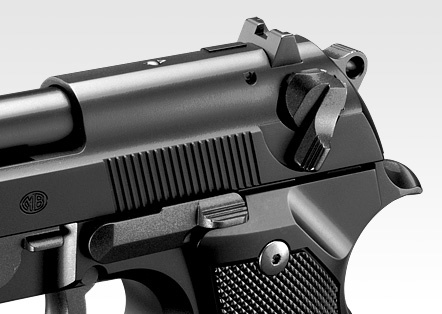 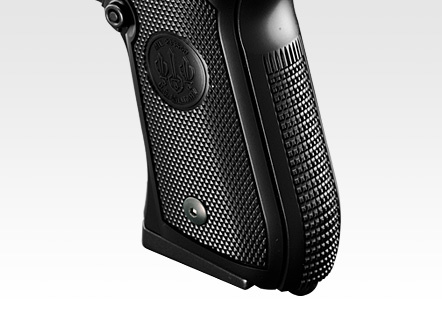 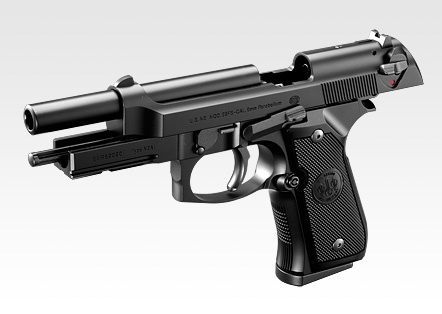 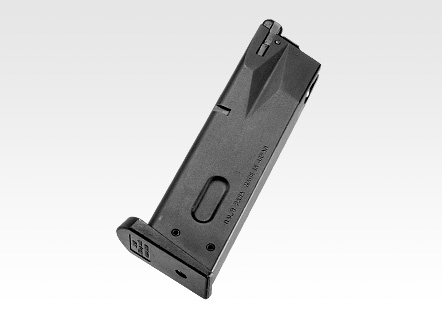 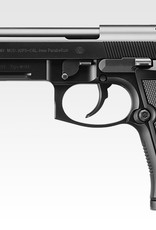 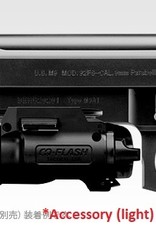 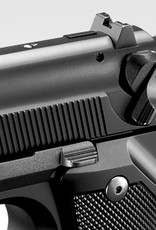 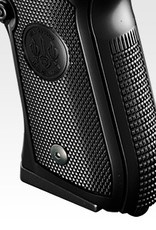 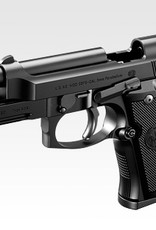 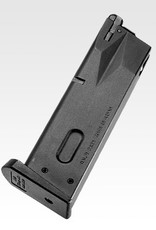 Realistic form: The beautiful form by Beretta of Italy and the checkering of the grip are realistically reproduced in detail by measuring from an actual gun. In addition, the frame is equipped with Picatinny standard under rail which is the biggest feature of the M9A1. A variety of flash lights compatible with rails with a width of 20 mm can be installed.

Powerful blowback: A model in which the slide retreats vigorously upon firing, and realistically reproduces the apparent power and the strong recoil at firing. In addition, the moving distance of the nozzle inside the slide has increased.

Equipped with a decoking function: By operating the safety lever on the side of the slide, you can safely return the hammer that has been cocked to its original position. 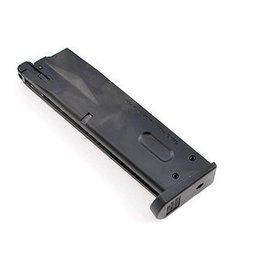 Specially developed to be used with blow back pistols with a plastic slide. Also, very suitable with any other small rifle, SMG bolts or pistols that requires low pressured power.
Add to cart
Nimrod Light Performance ‘Blue’ Airsoft Gas
£8.49 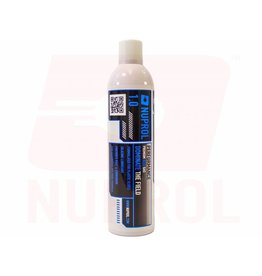 Specifically designed for Pistols with plastics slides or anyone who needs a lower power gas to bring down the FPS.
Add to cart
Nuprol 1.0 Gas
£9.50
Please accept cookies to help us improve this website Is this OK? Yes No More on cookies »